The Importance of Reminiscence Therapy 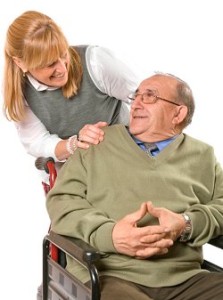 Reminiscence therapy, according to the American Psychological Association, is the use of written or oral life histories to improve psychological well-being (website: www.apa.org). Examples of this type of therapy are listening to music that may remind someone of things they use to do many years ago. Pictures of family members or friends that bring back memories can also be used. Familiar smells, such as the smell of freshly baked bread or the scent of a certain flower, can also remind a person of their past traditions.

Generally reminiscence therapy is more effective in the earlier stages of Alzheimer’s. People that have Alzheimer’s are often more comfortable talking about earlier memories because the part of the brain that stores long term memory is affected in the later stages of the disease.  It is something that can be done at home with family members, friends or caregivers. It is also used in residential care facilities as well as adult day cares.

Many people watch their loved ones decline for years as their memory and ability to perform everyday tasks disappear. It is beneficial not only for the person suffering from Alzheimer’s to participate in reminiscence therapy but also for the family. I was reminded of this point recently while running a support group for caregivers.

One of the participants mentioned that even though the disease had taken away so much, she has been able to learn more about her mother and their shared interests. A family member recently discovered an old film of her mother playing the piano when she was 21.  The woman’s daughter was thrilled to have found this and shared it with her mother. Not only did this bring back good memories for her mother, but her daughter also enjoyed learning more about the importance of music in their family as she herself is a piano player.  As the leader of the group, I thought it was remarkable that in the middle of this disease that takes away so much the group member was able to find a positive event that had come out of spending time with her mother reminiscing.

DignityFirst offers affordable, high quality in-home care for our clients, plus peace of mind for families.

We listen to our clients and create customized and innovative in-home care solutions.

Learn more about our Services